TUTORIALS :: How to submit your Linux Kernel Patch

If you are a newbie or even an experienced programmer you might have stumbled at kernel newbies page which is heaven for all those who are willing to involve in Linux kernel development. Today I'm writing about linux kernel patch Philosophy. Oh yes, You are right submitting kernel patches is none less than a Philosophy.

In fact there is a good post about Patch Philosophy.

It is more about Linux development culture which follows certain rules and norms for the patch and if you are newbie you better follow this culture to make your life easier.

Scared or Worried? Don't worry. Rule of the game is:

Kernel maintainers stay very busy and receive many patches in a single day. Obviously you won't like to make bad impression by sending wrong/invalid patches. Here wrong/invalid has huge meaning. I'll try to state all those:

* patch built(compiled) against wrong wrong tree or outdated tree.
> Newbies are most prone to do these mistakes.

* why should you bother about these trees?
> It might happen that the patch which you are sending is already been sent by someone else and thus your patch would be of no use.
> And It may happen the maintainer won't reply for such obsolete patch.

* which git tree to use ?
> Always use linux-next tree unless and until it is explicitly mentioned to use other trees.
> Sometimes we might need to work against different trees of different subsystems. Again always choose trees ending -next*.

For more details about -next* kindly read this document.
* Never send patch or patch-set with exactly same commit header or similar commit.
> Commit header lets the other developers what changes has been made in two or more constructive commits. For example:

*So what is the right way?
> Whenever you get stuck in such a situation where you are fixing same thing but in different files of same subsystem or driver then always try to send all the changes in a single patch instead of sending different patches with same or similar commit header.


Last but not least, after building and testing always check you patch with following scripts checkpatch.pl which is present in your kernel source tree scripts/checptach.pl

Here is an example where I've tested a patch named 0001-qed-Replace-memset-with-eth_zero_addr.patch

So, if you get the same output as has no obvious style problems and is ready for submission, then everything is good with your patch. Now, you are all set to send your patch. 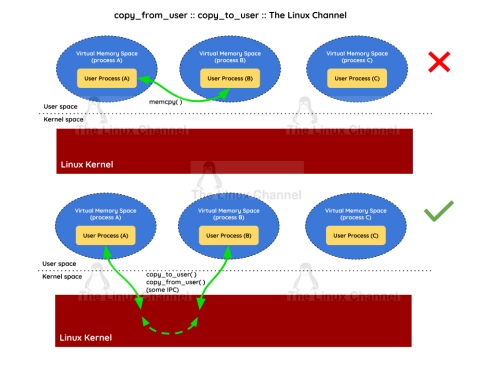