As we know the fundamental aspect of a programming language compiler is to translate code written from language to other. But most commonly compilers will compile(i.e translate) code written in high-level human friendly language such as C, C++, Java, etc. to native CPU architecture specific (machine understandable) binary code which is nothing but sequence of CPU instructions.

NOTE: since we are getting sources via apt-get(or apt) command, we do not have to provide sudo access.

However it is important to know that source code downloaded via github may require different run-time dependencies vs what is currently installed in your Linux system, vs when you get gcc source via Ubuntu apt command and choose a version which is close to your installed gcc compiler, then the run-time dependencies which are required for this source may match with whatever currently installed on your Ubuntu OS install.

Like any open-source project you can browse through any compilation/installation steps/documentation. Typially you should get in files such as README, or INSTALL, etc. But in the case of gcc, they provided few user-friendly web html documentation (as should below) which you can open in a browser and follow the steps and mainly various options and prerequisites. 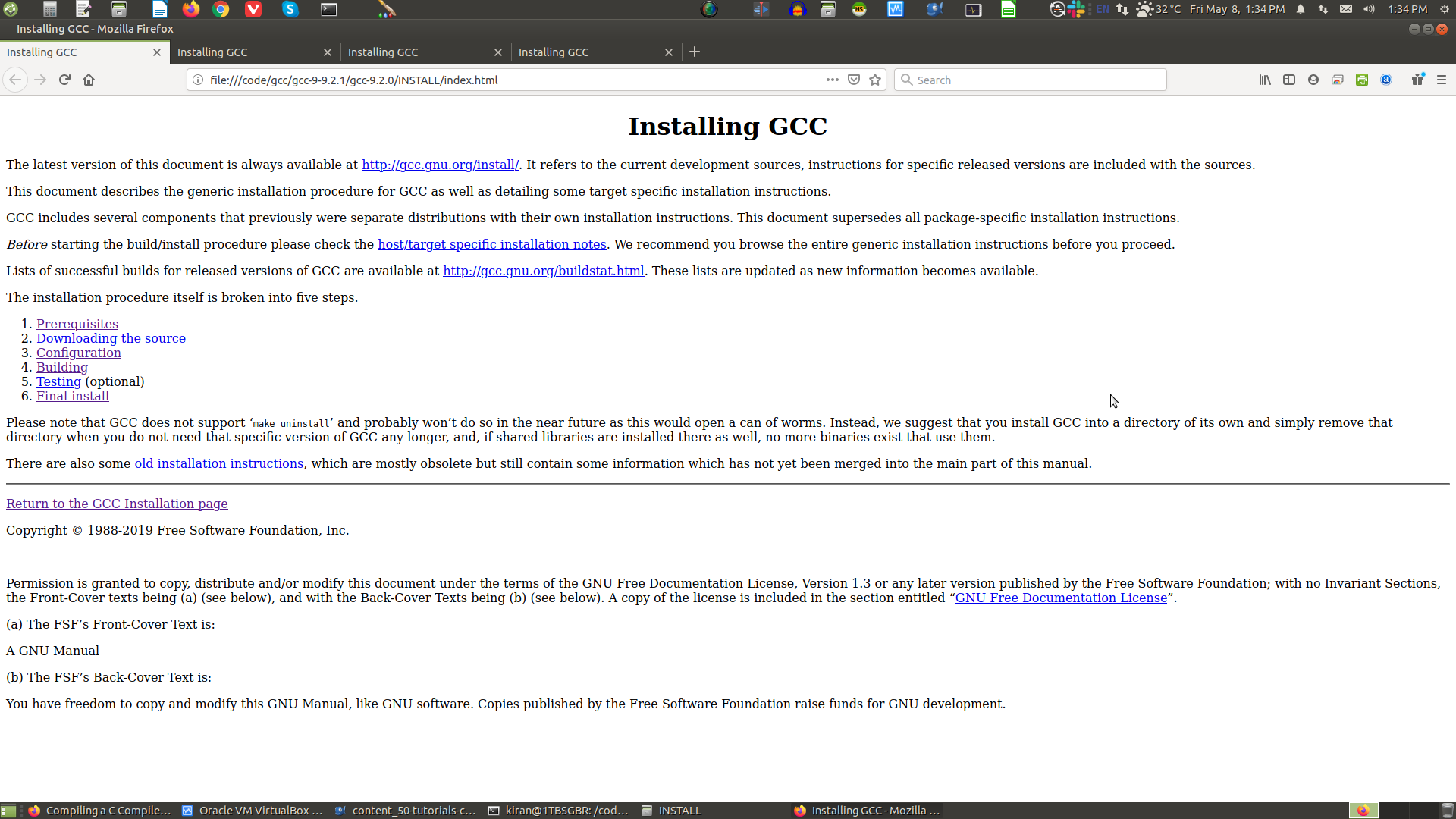 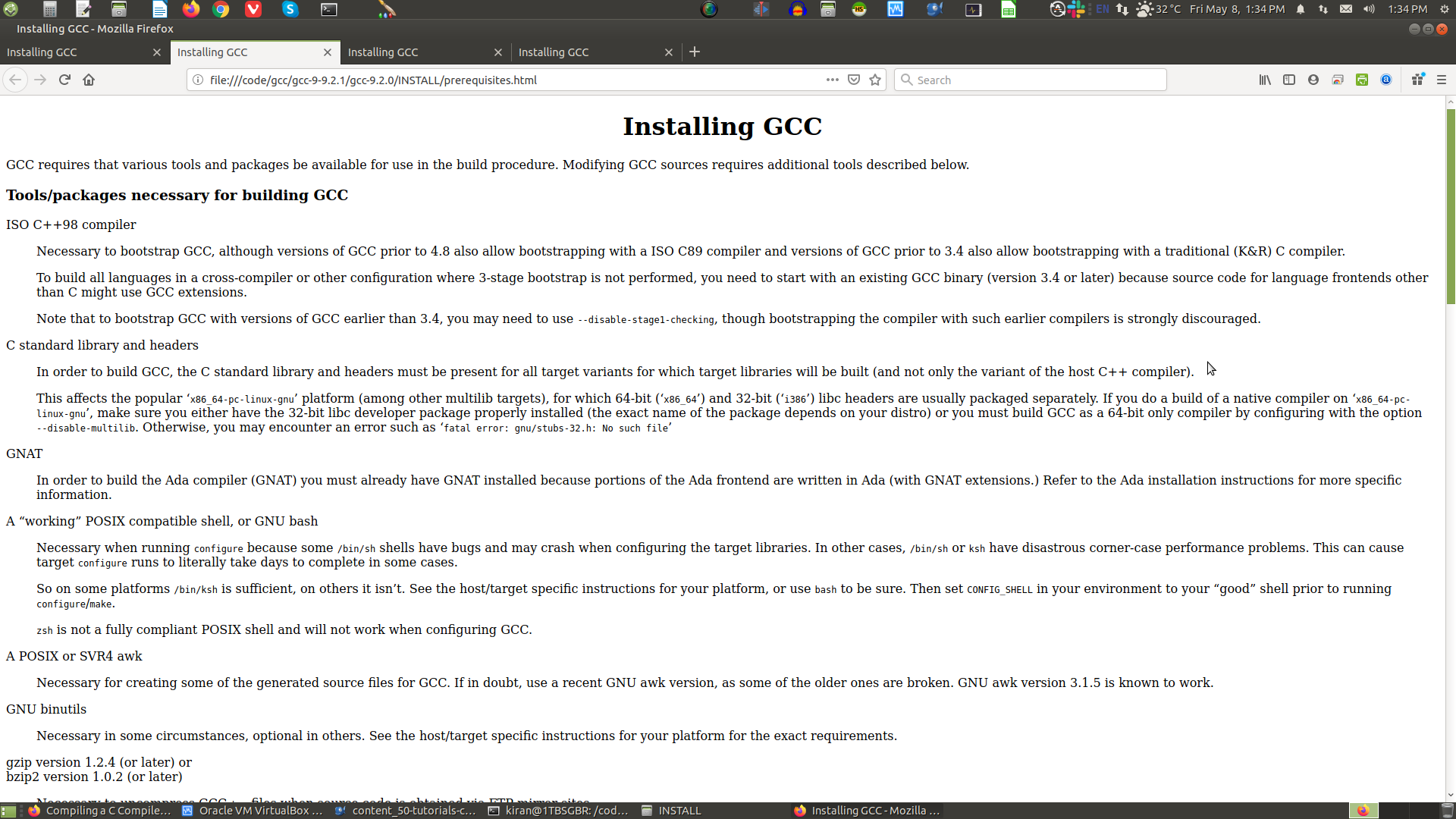 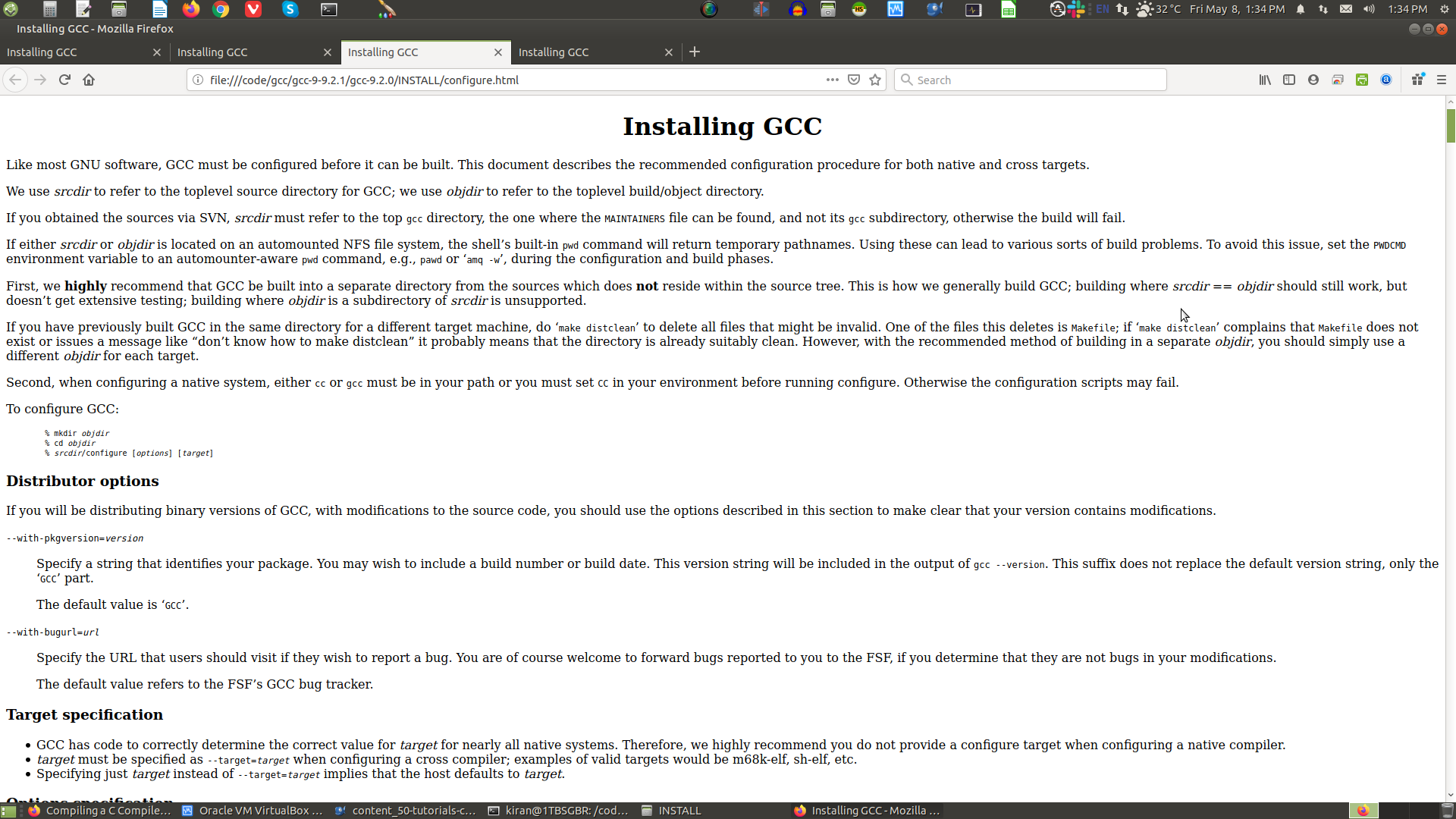 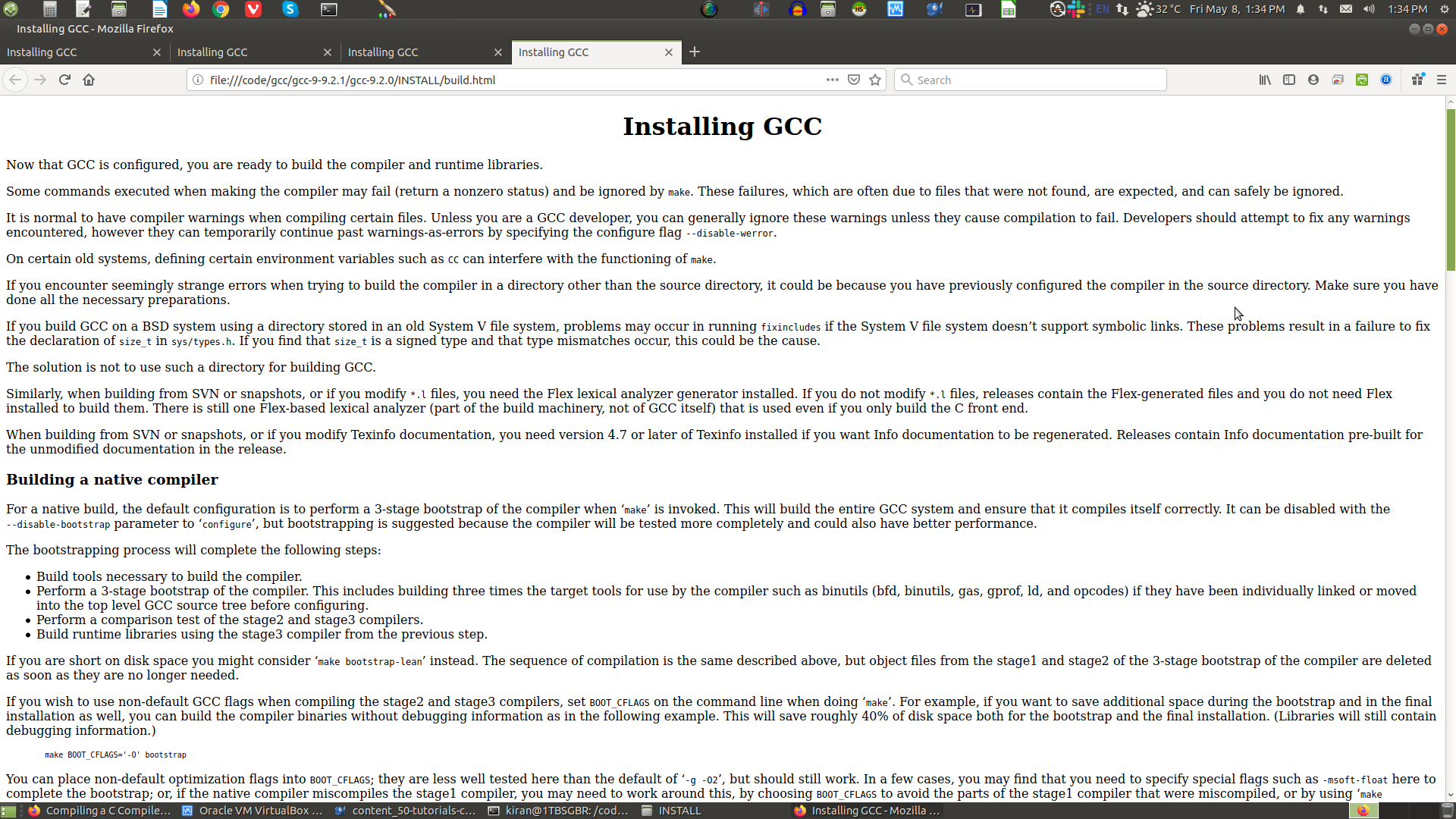 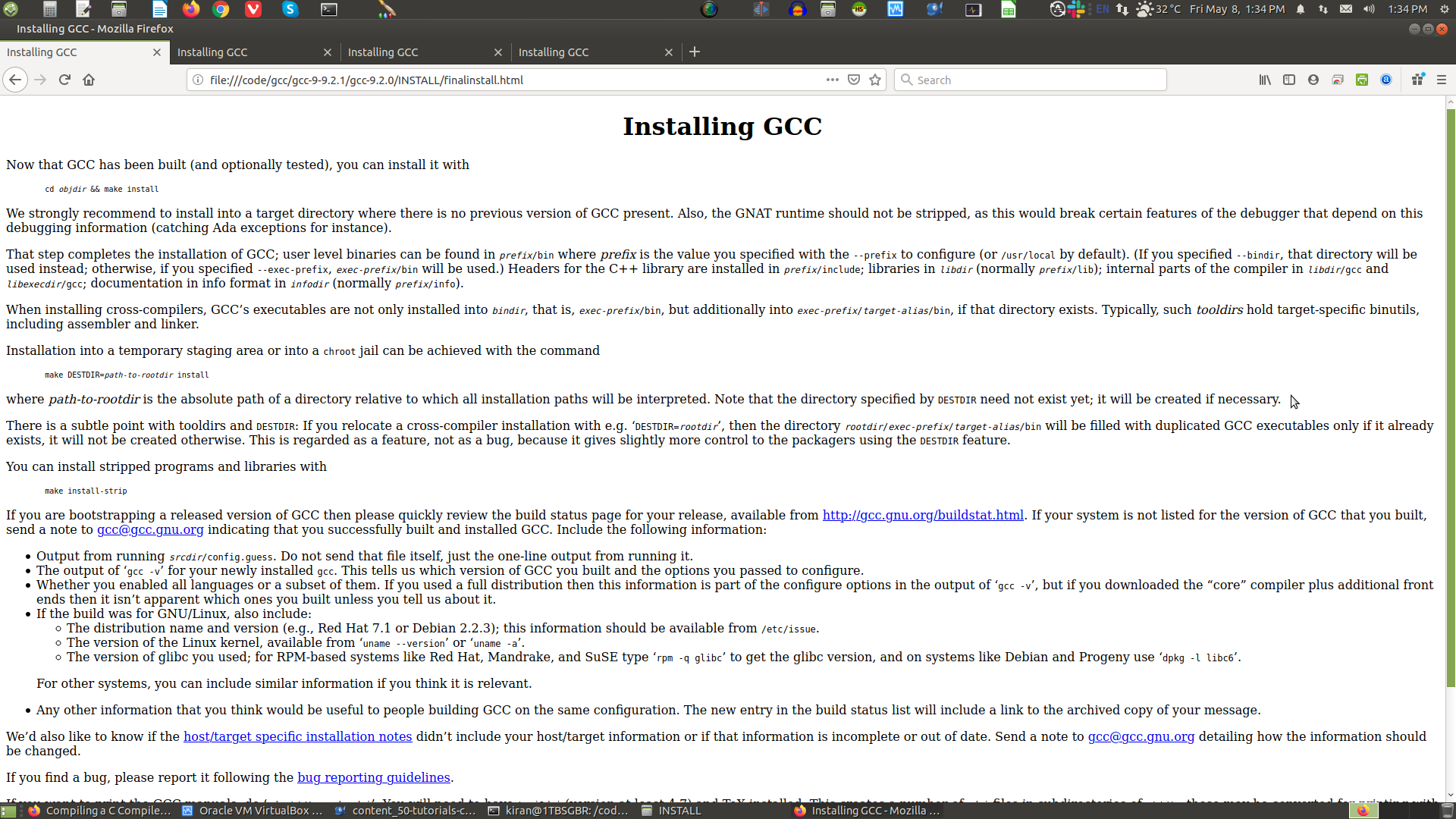 You can now proceed compilation and before that install dependencies(i.e third-party libraries) if any. Once everything is done, you can see the the custom compiled gcc binaries are installed in a custom directory path so as to not disturb the Ubuntu OS module installed gcc binaries.

You can now do a test compilation of a sample C source-code file (test.c) with the current compiled gcc compiler (i.e ./usr/local/bin/gcc) as shown below:

Here is my two-part Youtube video episode series which shows you all the steps from start to finish in a live demo screen capture.
If you have any queries or anything to discuss, kindly send me a mail to: [email protected]

Weekly News Digest - Week 5 - February 2018 ↗
Saturday' 13-Mar-2021
> Mini-ITX board fosters flexibility and fights obsolescence > You Can Do Better Than Arduino: Try These Microcontrollers > Open source is 20: How it changed programming and business forever > Since computer technology evolves so rapidly, does it matter if you have 5 or 15 years of experience as e.g. software developer? > Linux Kernel net_device data-structure - possible_net_t nd_net - Network namespace and Linux Containers - Ep7 > New Wave of Mini Satellites Could Boost Climate Research > Here come all the AI deployments; Now how do we manage AI? > Imagination announces neural network acceleration push